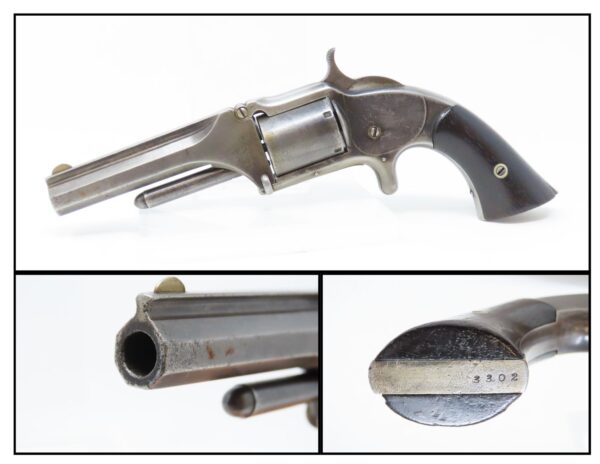 The overall condition is good. Fully functioning action, although the cylinder indexes improperly on a few chambers and does have a little wiggle at the hinge. Semi-bright bore with good rifling. Firm rosewood grips. Here is a very nice S&W revolver from the glory days of the Old West!