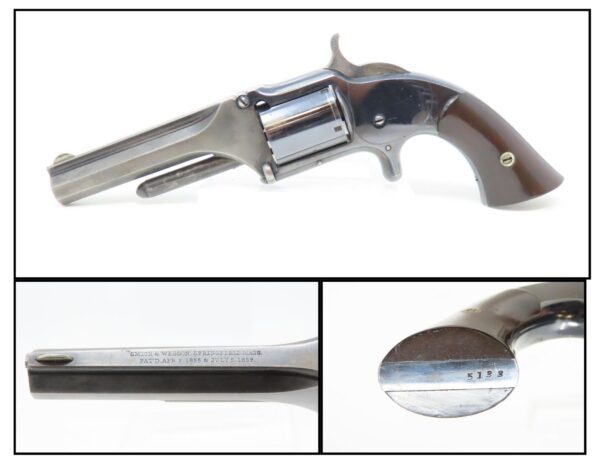 The overall condition is nearing fine. Great blue finish on the frame. There is a factory refinishing “star” stamp just inside of the hinge on the barrel. The action is strong and tight all the way around. The bore is semi-bright but does contain slight pitting towards the cylinder. All markings are clear and legible. Here is a very nice S&W revolver from the glory days of the Old West!