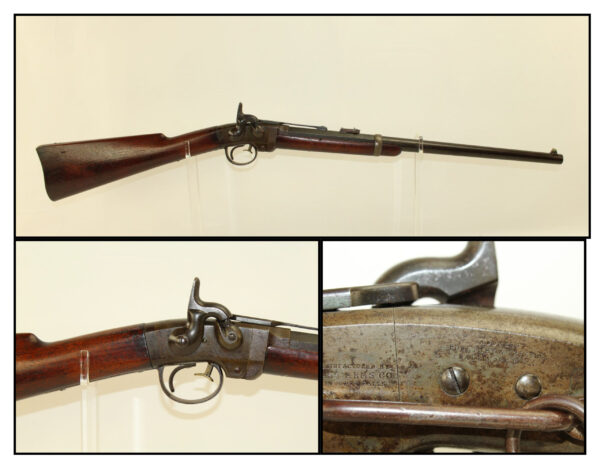 The overall condition is very good. 85% of the original blue finish remains, turning dark with age. Much of the original case coloring is bright. The markings are clear. The numbers match. The bore is bright with sharp rifling. The walnut stock has been repaired at the wrist, both top and bottom. The action remains excellent.