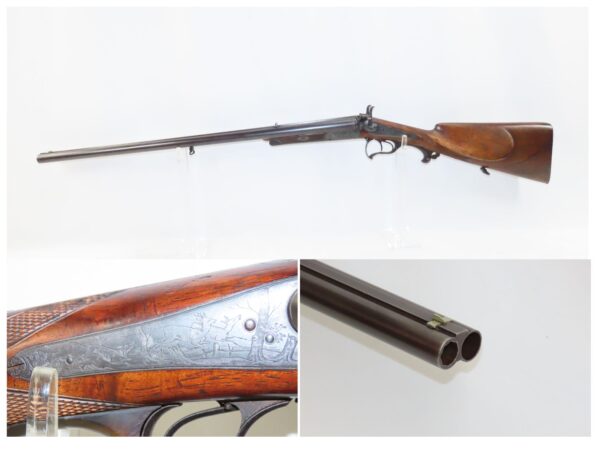 Here we present an antique Half Stock Percussion Long Rifle, made circa the mid-19th Century. Its stout octagonal barrel is in .42 caliber, large enough to take small to medium sized game or to defend the homestead against unwanted aggression. Rifle manufacture in the mid-to-late 19th Century was rapidly changing over from thousands of craftsmen all over the United States and on the Frontier making and selling their wares, to the large factories with standardized assembly lines and modern manufacturing techniques. Many makers’ names of the so-called Kentucky long rifles have been lost over time. This rifle is one such example.

The overall condition is good. Strong action. Dim bore. The stock is in good shape and is missing a chip to the right of the barrel tang (stable). A dark brown patina has settled in on the barrel. Traditional floral engravings on the lock. Many rifles exactly like this would have been carried into battle by both sides at the onset of the American Civil War.