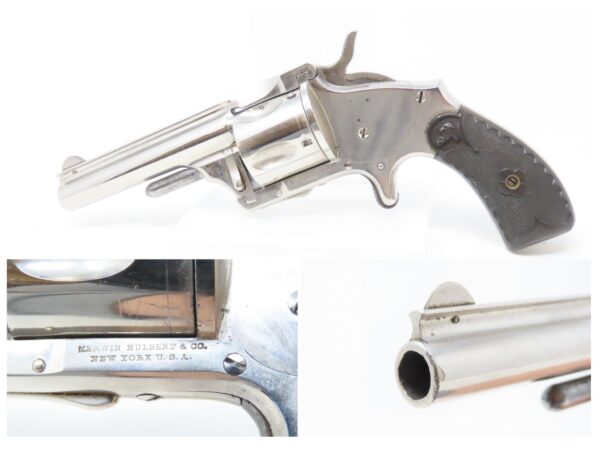 One of the Best 1880s Revolvers w/ SCOOPED CYLINDER

Here we present an antique Merwin, Hulbert & Co. Single Action Revolver, made circa the late 1870s to early 1880s by Hopkins & Allen in Norwich, Connecticut. Only a few thousand were produced. These revolvers are considered today to be some of the best made of the late 19th Century and the Wild West, even better in some minds than similar Colts and Smith & Wessons. These pistols certainly tended to have very well-thought and different features than their competition, and they were extremely well-made.