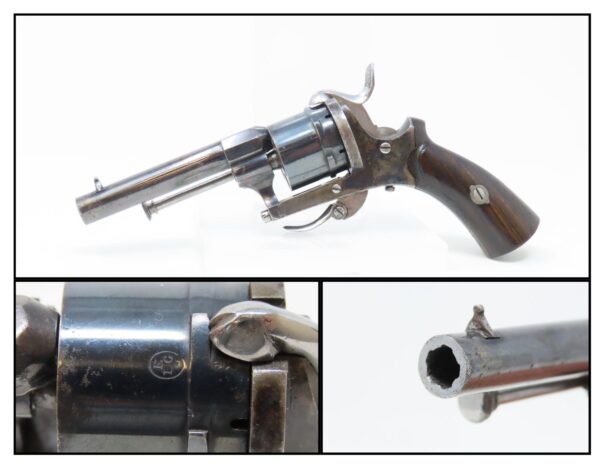 The overall condition is fine. Bright blue and case colors preserved. Strong action. Both grips are firm and in very good shape! Nice bore with strong rifling. Liege proof on the cylinder. A very nice example of the Belgian pinfire in superior condition!