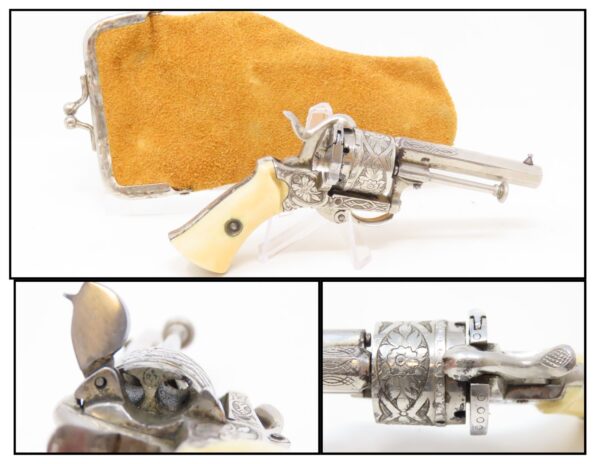 Here we present an antique Belgian Pinfire Revolver, made circa the 1850s. In 1830, notable gun maker and inventor Casimir Lefaucheux invented the pinfire cartridge and patented it in 1835 to become one of the first self-contained firearms cartridges. This very early design included a case with ball, powder and primer, but what made it different from what was to come later in cartridge development was the “firing pin” that projected out of the side of the case.

The overall condition is near fine. The action is strong, although the trigger return spring is a little weak. The bore is semi-bright in good shape. Both grips are firm and the initials “EL” are attractively carved on the bottom. “The leather purse is in good shape. A very attractive little revolver from the mid-19th Century!