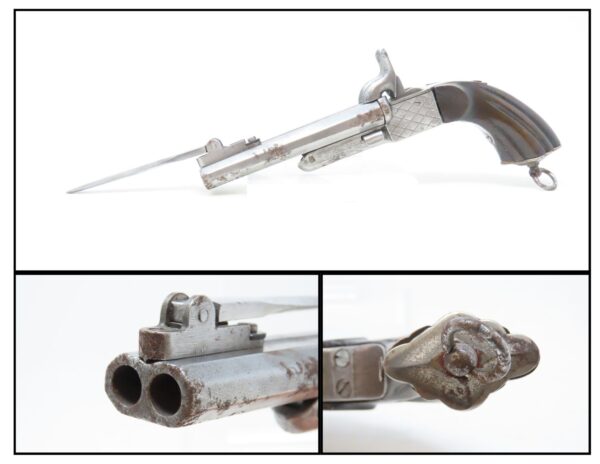 Here we present an antique Double Barrel Pinfire Pistol, made circa 1830 in Spain. This pistol was made for self-defense for the 19th Century citizen. Its twin barrels are chambered for the .38 Pinfire cartridge, one of the more popular metallic cartridges, and certainly successful during the 1860s. The barrels hinge down with a press of the lever on the left side of the frame. The “flip up” bayonet would have been that little something extra to protect oneself with after expending your two cartridges.

The overall condition is good. Excellent actions. Good bores, spots of pitting in the center of each barrel. Hand checkered frame. The grip is in good shape with a small gap where it meets the frame. Fully functioning bayonet. “ANO 1830” is stamped onto the left barrel flat.