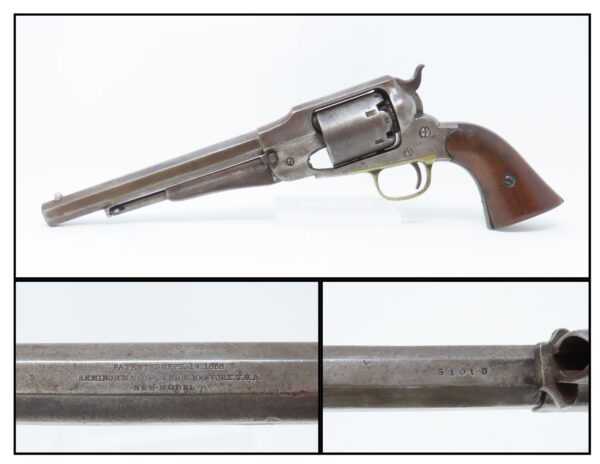 The overall condition is very good. The action is strong all around. Nice bore with strong rifling. Both grips are firm and contain expected wear. Here is a wonderful Civil War Era Remington New Model for the collection!