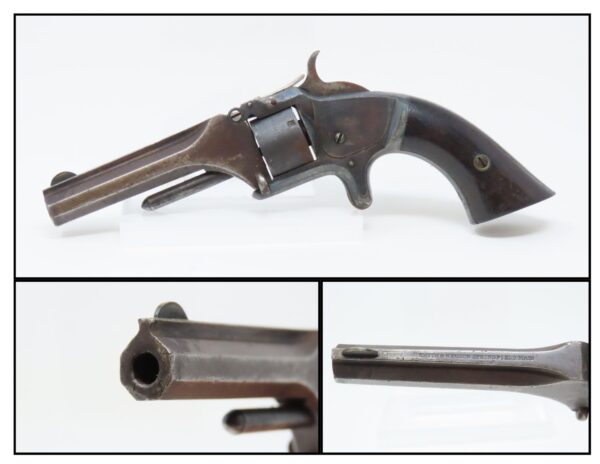 The overall condition is good. Strong action. Dark, good bore. The grips are in good shape. The address on the cylinder is legible. Here is a classic revolver from Smith & Wesson.