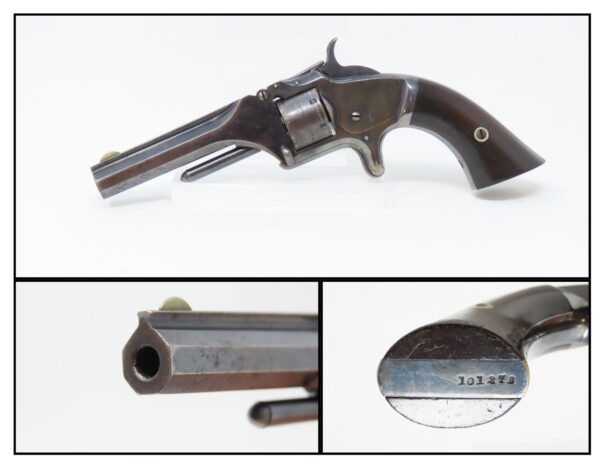 The overall condition is excellent. Bright original blue finish. Functioning action although the cylinder free wheels. Slight wiggle at the hinge. Semi-bright bore. Very good grips with a smooth finish. Here is a prime example from S & W for any antique collection.