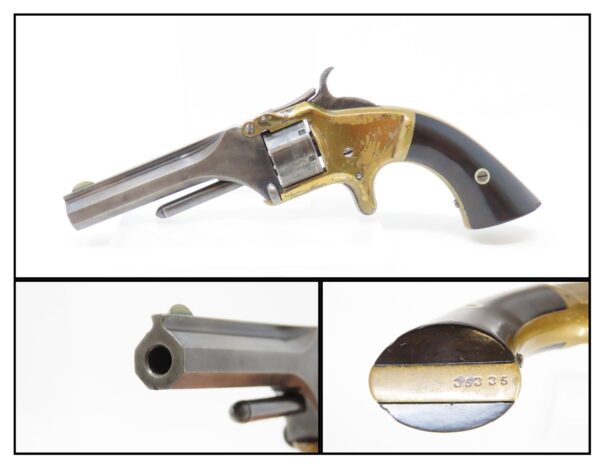 The overall condition is very good+. Gold-colored finish on the frame and blued barrel. Strong, tight action with solid cylinder lockup and no movement at the hinge. The bore is bright with sharp rifling. Both rosewood grips are nice with a smooth finish. Maker address is still legible on the cylinder. Numbers match. A sharp Civil War era S&W!