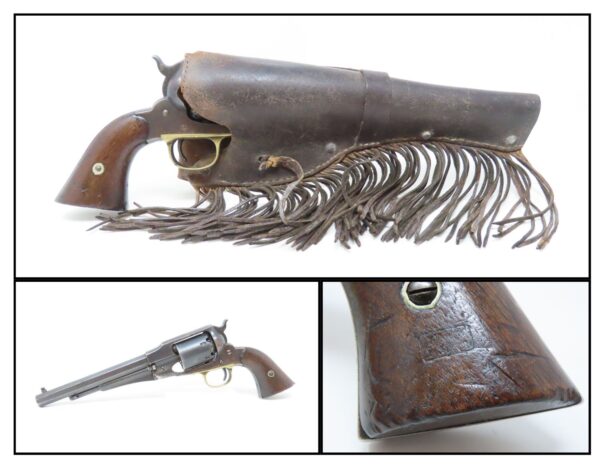 Made Circa 1864/65 with FRINGED LEATHER HOLSTER!

The overall condition is very good. This one wears an old blue re-finish. Excellent action. Bright bore in great shape. Nice walnut grips with a visible cartouche on the left side. The front sight has been modified. This example includes a high quality, unmarked, leather holster with fringe. The condition is near fine. This is a great example of (arguably) the best revolver the government adopted during the American Civil War, one that went on to be used until the adoption of the Colt Model 1873 Single Action Army.