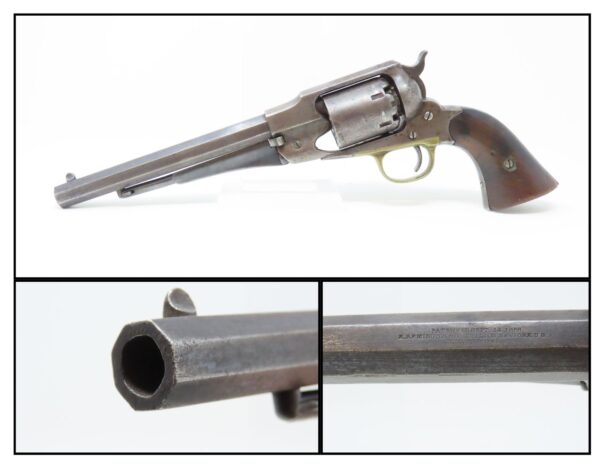 The overall condition is very good. Original blue finish & patina. The markings are clear and the numbers match. Strong action. Bright and reflective bore with sharp rifling! Both grips are seated firmly and contain expected wear. This is a great example of one of the best martial revolvers of the period!