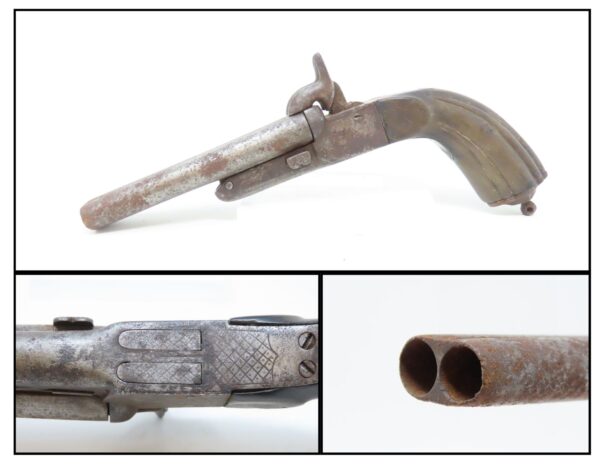 EIBAR Made Self Defense Pistol with FOLDING TRIGGER!

Here we present an antique Double Barrel Pinfire Pistol, made circa the 1860s in Eibar, Spain. This pistol was made for self-defense for the 19th Century citizen. Its twin barrels are chambered for the 11mm Pinfire cartridge, one of the first self-contained metallic cartridges, and certainly the most initially successful from the 1830s on. The barrels hinge down with a press of the lever under the trigger guard.

The overall condition is rough but functional. The actions remain strong. The bores are heavily oxidized. The grip is solid.