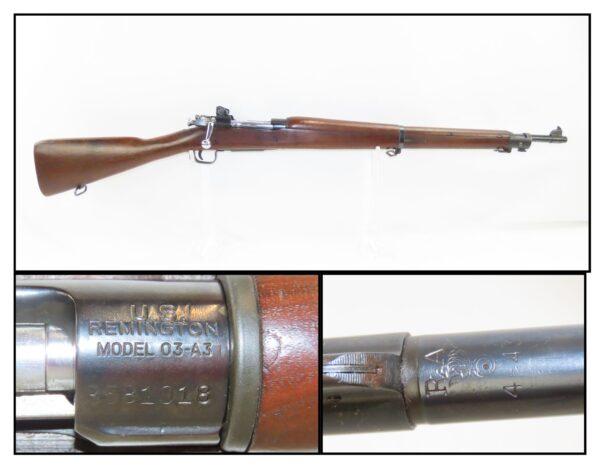 Made in 1942 with FLAMING BOMB Marked Barrel!

Here we present a Remington U.S. Model 1903A3 Bolt Action Infantry Rifle, made in 1942. The Model 1903 was, of course, officially adopted by the United States military on June 19, 1903. It was issued en mass during World War I through World War II. It was officially replaced as the standard infantry rifle by the faster-firing semi-automatic eight-round M1 Garand starting in 1936.

The overall condition is very good. This old infantry rifle has been nicely refinished in blue. The action is strong. The bore is bright with sharp rifling. The stock contains minimum dings and scratches. A fantastic piece to collect, display, or shoot!

Very Fast. Very Safe. FREE SHIPPING. Will need to be sent to your local FFL.