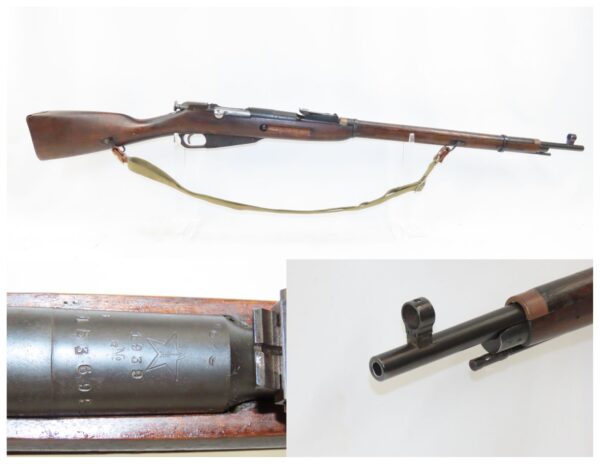 Here we present a C&R Finnish Capture SA Mosin-Nagant 91/30 Rifle, made in 1939 by Tula in Soviet Russia.

This rifle was the main battle rifle of the Soviet Union, Finland’s neighbor, for much of the 20th Century. This one was likely captured during the Winter War and then fielded against the invaders. At some point it went through the arsenal and received Finland’s characteristic two-piece spliced stock that provided good strength as well as improved sling swivels. The right side of the stock is marked with a “Z” stockmaker’s mark.

The overall condition is near fine. Excellent action. Bright, nicely rifled bore. Solid two-piece spliced Finnish stock with less than average wear. A Finnish arsenal mark is present on the right side of the buttstock. Numbers on the bolt, barrel, and receiver match. Finnish “SA” and “CAI” import marked barrel. The canvas sling is in great shape.