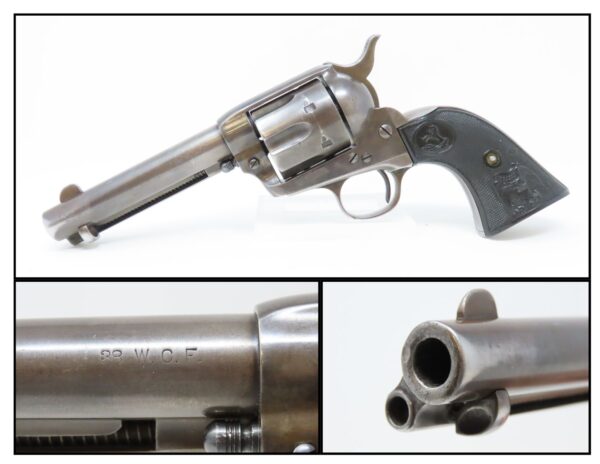 Here we present a C&R First Generation Colt Single Action Army Revolver in .38-40 WCF, manufactured in 1907 in Hartford, Connecticut. The Colt “Peacemaker” was introduced in 1873 and has become one of the most iconic firearms in all of history, thanks to its widespread use by the U.S. military, civilians and, more recently, in Western films. Total production numbers for the “First Generation” (c. 1873-1940) Colt Single Action Army reached 357,859. These continued to be relied upon as well as “hot-rodded” by the likes of Elmer Keith, Skeeter Skelton, many other lawmen and gun writers of the time.

The overall condition is very good. The action is strong. The bore is in good condition with nice rifling. The grips are replica replacements. The right grip has a crack at the back. Numbers match.