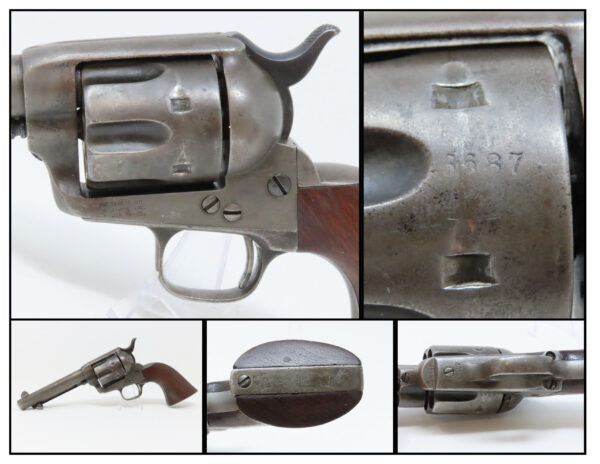 EARLY PRODUCTION Peacemaker Made in 1878!

Here we present an antique Colt Black Powder Frame Single Action Army Revolver in .45 Colt, manufactured in 1878 in Hartford, Connecticut. The Colt “Peacemaker” was introduced in 1873 and has become one of the most iconic firearms in all of history, thanks to its widespread use by the U.S. military, civilians and, more recently, in Western films.

The overall condition is good+. The action is strong and tight with all 4 clicks. The bore is in good condition with strong rifling. The finish has matured to a smooth and pleasing gray patina. The walnut grips are in great shape. “SCM” is stamped on the bottom of the grip. Someone obviously loved and cared for this gun. It was certainly used but remains in great condition today. Here is your chance to own a very early Colt Single Action Army!