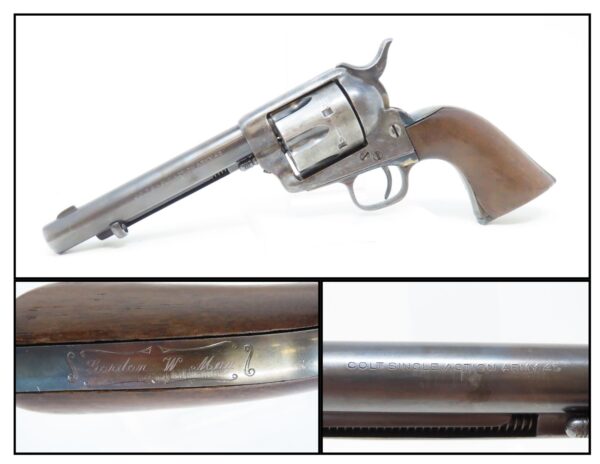 Here we present an antique Colt Black Powder Frame Single Action Army Revolver, manufactured in 1877 in Hartford, Connecticut. The Colt “Peacemaker” was introduced in 1873 and has become one of the most iconic firearms in all of history, thanks to its widespread use by the U.S. military, civilians and, more recently, in Western films.

The overall condition is good. This one has been refinished at some point. Blue and case colored finish. The barrel is a later replacement, as is the cylinder. The rest of the numbers match. “Gordon W. May” is inscribed on the backstrap. Strong action with all four hammer clicks. Bright bore, sharp rifling. Original walnut grips with rounded corners from use and sanding. An early Colt SAA in .45!