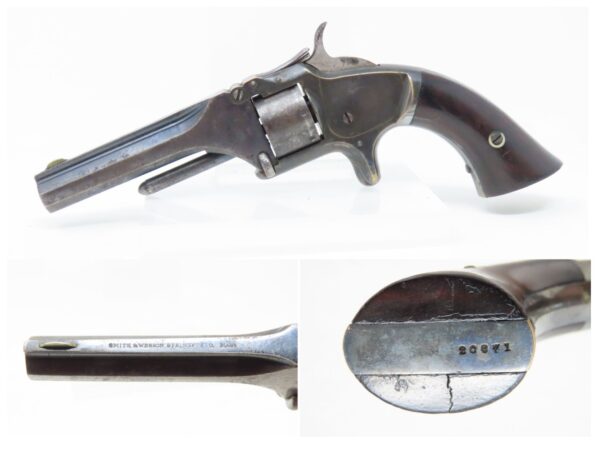 The overall condition is very good. Original blue and silver finish. The silver plate on the brass frame has tarnished to nearly the same color as the blued barrel. The action would function if not for the weak trigger return spring. The hammer will remain cocked if the spur trigger is held forward just slightly. The bore is in good shape for age. The rosewood grips have their original varnish and there is a small crack at the bottom of the left grip.